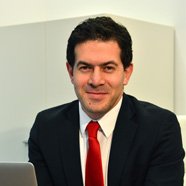 Cefla North America, Inc., provider of finishing and dental equipment, announced it has promoted Massimo Di Russo to general manager for both its divisions.

Di Russo’s 10-year tenure at Cefla began in 2005 when he was director of operations for Delle Vedove USA (DVS), a manufacturer of molding equipment acquired by Cefla Group. During the merger of DVS into Cefla North America, Di Russo provided strategic leadership, strengthening the production pipeline and rebuilding a new management team. He became chief operating officer for the division in 2011 and vice president in 2012. He quickly achieved solid results, bringing the finishing division back to a market-leading position. He became part of Cefla’s dental division in 2014.

Before joining Cefla, Di Russo worked as an application engineer at AGM machinery, a leading glass and stone equipment company. He has a bachelor’s degree in Mechanical Engineering from the Polytechnic University of Marche in Italy and a master’s in Lean Manufacturing from the University of Ulster in Northern Ireland. Di Russo lives with his family in Charlotte, NC.