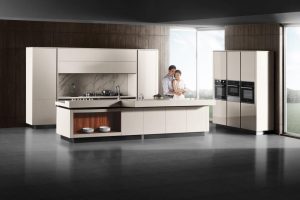 Chinese cabinet giant GoldenHome recently stated that they will invest $86 million in a new manufacturing plant and North American headquarters near Charlotte, North Carolina. The investment is expected to create 257 jobs over five years.

GoldenHome, a manufacturer of European-style and frameless cabinets, will begin building a 700,000-to-800,000-square-foot plant on the site of the former 2,000-acre Philip Morris cigarette manufacturing property. The facility will serve as the company’s North American outpost – featuring production, business operations, R&D, distribution, marketing, and training.

The North Carolina Department of Commerce says it led the state’s efforts to secure the arrival of GoldenHome, which also considered other U.S. destinations. The company’s new jobs will offer salaries averaging $42,593 per year, creating a nearly $11 million annual payroll impact in North Carolina after the project is complete in 2025.

“Though our priorities right now involve protecting public health and minimizing the adverse economic consequences of the COVID-19 crisis, the strategic focus of the Commerce Department and our partners continues as we welcome another global manufacturer to North Carolina,” said North Carolina Commerce Secretary Anthony M. Copeland. “The arrival of GoldenHome is further evidence that our state’s economy – especially our infrastructure and workforce – remains highly attractive to success-minded companies planning confidently for the future.”

GoldenHome’s new presence in North Carolina will be facilitated, in part, by a Job Development Investment Grant (JDIG) approved by the state’s Economic Investment Committee. Over the course of the 12-year term of the grant, the project is estimated to grow the state’s economy by nearly $526 million.

GoldenHome calls itself one of the world’s leading cabinet makers. It runs operations in China, Australia, the Middle East, and a warehouse in New Jersey. The company employs around 4,000 workers worldwide, and its products are sold and distributed through 2,000 franchise stores around the world.