FPAC “Awards of Excellence” to be held in May 2019 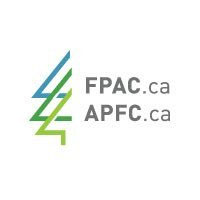 Forest Products Association of Canada (FPAC), announced that this year the second Annual Awards of Excellence is scheduled in Vancouver on May 9. This event will felicitate all those men and women who specially contributed to enrich the forest products sector and forestry communities of Canada.

FPAC President and CEO Derek Nighbor, mentioned that “We launched the Awards of Excellence program last year to honour some of our best and brightest, and to celebrate some special people doing incredible work in our industry.” He further mentioned that the event also gives them the opportunity to thank all those who support their forest management project and participate in restoring trees.

Nominations are forwarded by the member companies of FPAC and independent judging panels were assigned to identify winners.
Key categories of Awards of Excellence in FPAC includes following sections;