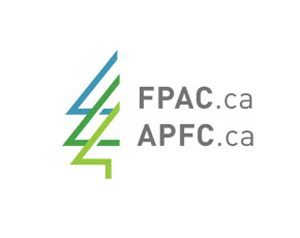 Forest Products Association of Canada (FPAC) honoured industry partners – each exemplifying the true meaning of partnership, in Ottawa today.
“The Canadian forest industry employs more than 230,000 people in over 600 communities, from remote villages to our largest cities – in all regions of the country – and it also has many community leaders and partners who are industry champions,” said FPAC CEO Derek Nighbor. “These are the men and women who have worked to better understand our industry and our people, and have supported us because it’s important to their local community and in the national interest. They do the industry a great service and exemplify what it means to be a true champion and partner.” Derek added further.

The award winners are as follows:

Minister Champagne is the recipient of the Forest Community Champion Award for his work in promoting the use of Canadian wood in construction both in Canada and internationally.

Minister Champagne was elected as the Member of Parliament for Saint-Maurice-Champlain in 2015 and soon afterward, appointed Parliamentary Secretary to the Minister of Finance. In 2017, Mr. Champagne was appointed Minister of International Trade of Canada. Mr. Champagne has more than 20 years of experience in large international companies, particularly in the field of energy, engineering and innovation. Previous to being elected as a federal MP, he was Vice-President and Senior Counsel of AAB Group, a leader in cutting-edge technology. Later, he served as Strategic Development Director, acting General Counsel and Chief Ethics Officer and Member of the Group Management Committee of AMEC, a world leader in the energy sector. In 2009, he was named Young Global Leader by the World Economic Forum.

As Canada’s Minister of International Trade, Minister Champagne has made it a personal priority to grow oversees markets for Canadian wood, pulp and paper, and bioproducts.

Mr. Cannings is the recipient of the Forest Community Champion Award for his work in tabling and advancing Bill C-354, a private member’s bill that would require the federal government to consider the use of wood in federal infrastructure projects, taking into account the associated costs and reductions in greenhouse gas emissions by using wood products.
Richard Cannings is a renowned biologist who has authored a dozen award winning books on the natural history of British Columbia. He was elected in 2015 as Member of Parliament for South Okanagan-West Kootenay. Mr. Cannings served for more than a decade on BC’s Environmental Appeal Board and eight years as co-chair on the Committee on the Status of Endangered Wildlife in Canada. Prior to being elected, he served as a director on the board of the Nature Conservancy of Canada and worked with Bird Studies Canada, coordinating surveys on the status of Canada’s bird populations. Cannings was named BC’s Biologist of the Year by the Association of Professional Biologists in 1996. In 2008, he was named an Honourary Fellow at Okanagan College.

Mayor Maryann Chichak is the recipient of the Forest Community Champion Award for her ongoing and relentless advocacy for the people of her community, northern Alberta and the forest industry nationally, which is a key economic and job provider in her home community of Whitecourt, Alberta.

Mayor Chichak is a long-term resident of northern Alberta, with a wealth of experience in municipal government, business management and the banking industry. Mayor Chichak worked in the oil and gas industry for 18 years, eleven of which were spending acting as both owner and manager of an industrial radiography company. In addition to serving as Mayor, she also represents the area of Towns West on the Alberta Urban Municipalities Association Board of Directors and serves as Vice President with the Association.

Mayor Dave Canfield is the recipient of the Forest Community Champion Award for his earnest and dedicated advocacy of Northern Ontario communities who are reliant on the forest industry.

Mayor Canfield was born and raised in Kenora, Ontario where he spent 32 years working in the forest industry. Dave entered politics in 1991 when he was elected to municipal council and in 1994 elected Mayor for the Town of Jaffray Melnick, a position he held until 1999. Following an amalgamation, Mayor Canfield was elected as the first Mayor of Kenora in 2000, a position he continues to hold. He has also served on dozens of federal, provincial and regional committees over the course of his political career. Mayor Canfield and Grand Chief Leon Jourdain were the innovators of the Common Land Use Working Group, a joint committee of First Nation Chiefs and Northwest Ontario Mayors working together on issues of common interest.

Recently retired, Chris Smith is the recipient of the FPAC Partnership Award for his demonstrated leadership in working in partnership with the forest sector. Smith spearheaded the three-year Sustainable Forestry and Wetland Stewardship Initiative, was on the the Sustainable Forestry Initiative (SFI) Standards Development Committee and has worked tirelessly in support of the forest sector.

Chris Smith is a certified biologist who has lived and worked in northern Manitoba for the past 35-years, the majority of which in The Pas. Over the years, he has helped develop forest industry best management practices, working on environmental impact assessments and land-use planning initiatives. As the Head of Boreal Conservation Programs for Ducks Unlimited, the focus of his work has been to deliver wetland and waterfowl conservation initiatives on public land and coordinating the organization’s forest industry relationships to enhance environmental performance related to wetland conservation.