Mastercam is the Exclusive CAM Partner of WorldSkills São Paulo 2015 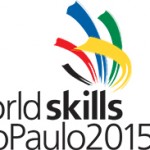 Mastercam is the official supplier to the four machining competitions at WorldSkills 2015: CNC Turning, CNC Milling, Plastic Die Engineering, and the Manufacturing Team Challenge. The Manufacturing Challenge requires the teams to use Mastercam to produce parts on Lathe and Milling machines that may be assembled together to produce a workable product.

The competitors practice for months honing their programming skills with Mastercam in their school or at their jobs. CNC Software, Inc. provides Mastercam free of charge to WorldSkills competitors for the year leading up to the competition.

WorldSkills São Paulo 2015 is the year’s largest international skills competition with young people from across the globe competing to be the best of the best in their chosen skill. The competition takes place at Anhembi Parque, São Paulo, Brazil from August 11-16, 2015. Billed as the “Olympics of the skilled trades,” competitors will compete for Gold, Silver, and Bronze medals to take back to their respective countries.

WorldSkills has come to symbolize the pinnacle of excellence in vocational training. Every two years, hundreds of young skilled people, accompanied by their teachers and trainers, gather from all corners of the globe to compete before the public in the skills of their various trades, and test themselves against demanding standards.

CNC Software is active in this competition at a grassroots level, helping the contestants around the world with software to prepare for the event. This is done in conjunction with the local Mastercam Resellers to get them involved with future engineers and machinists.

Two years from now the competition will move to Abu Dhabi for 2017.