Vollmer delivers a pallet full of benefits for saw manufacturer

Wisconsin based Integrity Saw & Tool Inc. has purchased a Vollmer CHX 840 circular saw blade sharpening machine with the Vollmer HS automated loading station to provide capacity for a significant order the company has won from a new pallet manufacturing customer. The Vollmer CHX 840 has increased productivity by 60%, permitted unmanned running and improved blade quality – without the Vollmer CHX 840, fulfilling the new order ‘would have been impossible’.

The owner of Integrity Saw, Paul Reetz recalls: “I was paid on a commission basis to bring in new business and for five years, we won 40 to 60 new customers every year. A lot of this was small family businesses such as cabinet manufacturers, construction companies and the Amish community, all within a 2-hour radius of our Fond du Lac facility on the edge of Lake Winnebago.”

In fact, the company acquired a further three machines with an Akemat U10 and B10 arriving in 2005, followed by an additional Akemat U10 in 2006. The Vollmer Akemat machines were bought for sharpening TCT saw blades whilst existing manual machines were manufacturing and servicing HSS blades. This completed the purchasing of Vollmer machines for almost a decade, until the May 2019 arrival of the Vollmer CHX 840+HS.

Achieving the impossible with Vollmer

With the arrival of the Vollmer CHX840+HS, Integrity has been able to rapidly ramp-up to the stress-relieving and re-grinding of 400 TCT blades every week from May 2019 through April 2020 – an impossible feat without the Vollmer CHX 840+HS. Integrity Saw Did Feasibility Studies On The Blades

Whilst the new Vollmer CHX 840+HS has increased productivity and capacity; the benefits reach much further. Integrity Saw has recognized the facility to grind tooth tops and faces in a single operation has the potential to make single-purpose machines redundant in the future. With a single ‘compact-footprint’ Vollmer machine, Integrity can significantly increase output whilst reducing machine inventory and running costs, maximizing its 18,500sq/ft of factory space. From a programming perspective, the operators undertook 2.5 days of training on the CHX840+HS and this was more than sufficient.

Looking to the future

When the pandemic gradually subsides, the Vollmer CHX840+HS will eventually reach capacity in line with the customer demands for saw blades for pallet production. Integrity Saw already has its sight set on a second Vollmer TCT saw sharpening machine with automation to meet these production demands – as and when they arise. Furthermore, the company has been so impressed with the Vollmer CHX 840+HS that it is now considering the latest generation of Vollmer machines for its rotary tool division. 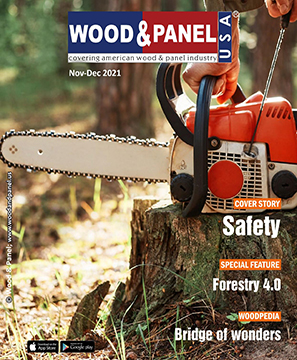