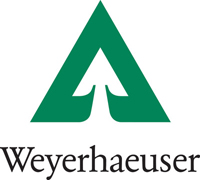 Weyerhaeuser Company announced the redemption of its 21 percent ownership interest in the Twin Creeks Timber, LLC joint venture (“Twin Creeks”) for $107.5 million in cash.  The Company also announced an agreement to sell 100,000 acres of Southern Timberlands to Twin Creeks for $202.5 million. The sale includes 80,000 acres of timberlands in Mississippi and 20,000 acres in Georgia and is expected to close by year end.

Effective December 31, 2017, the Company will also terminate the agreements under which it has managed the Twin Creeks timberlands. Following termination of these agreements, Weyerhaeuser will have no further responsibilities or obligations related to Twin Creeks. The company does not expect to recognize a material gain or loss on the redemption of its ownership interest.

“Through these transactions, we are simplifying our operations to focus on management of our own timberlands while continuing to strategically optimize our timberland portfolio,” said Doyle R. Simons, president and chief executive officer.

Twin Creeks was formed as a joint venture between Plum Creek Timber Company, Inc. and several institutional investors. Following its merger with Plum Creek, in February 2016, Weyerhaeuser assumed Plum Creek’s investment in the joint venture and became the manager of the Twin Creeks timberlands.